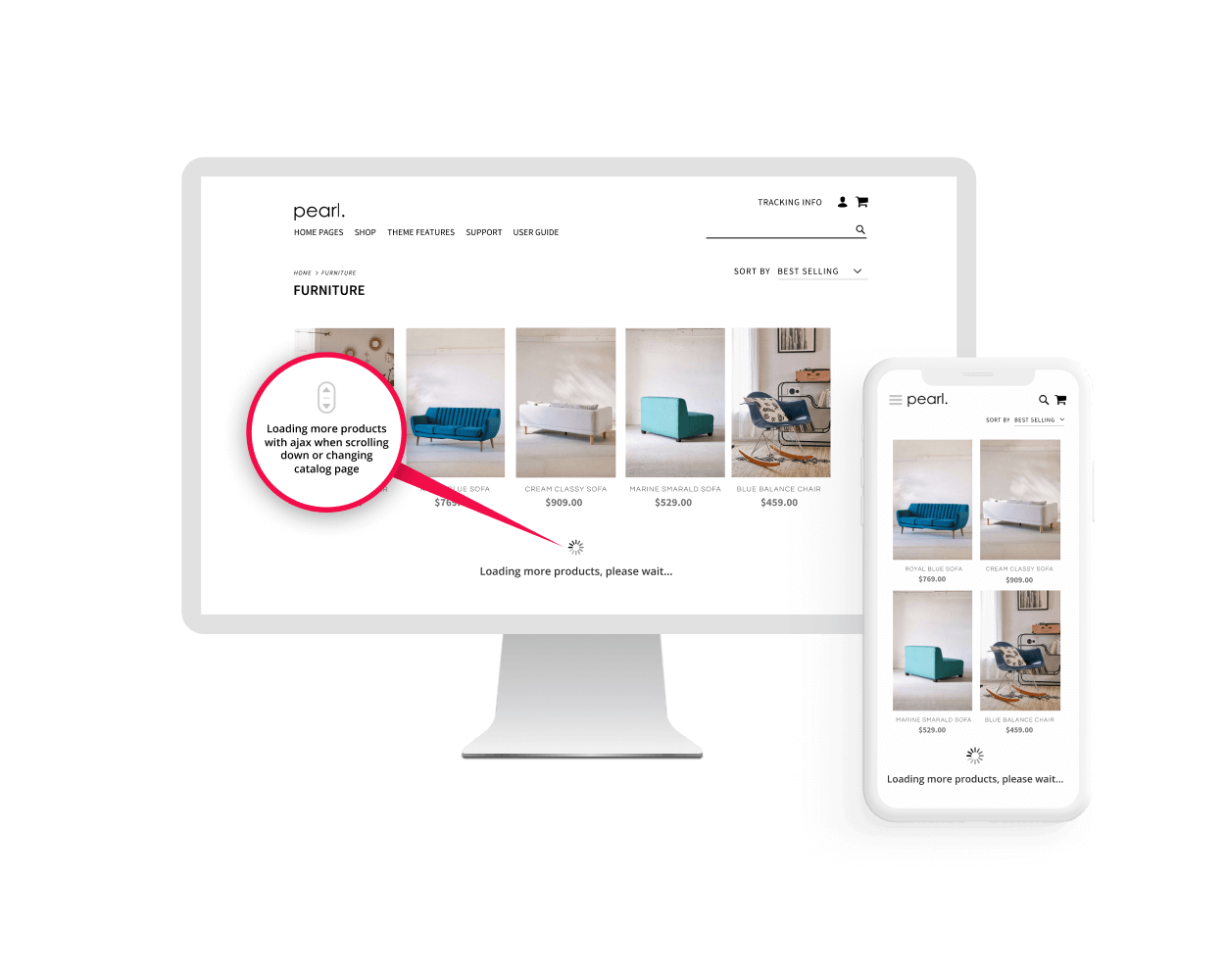 For Best Performance and Optimization use this Extension with: 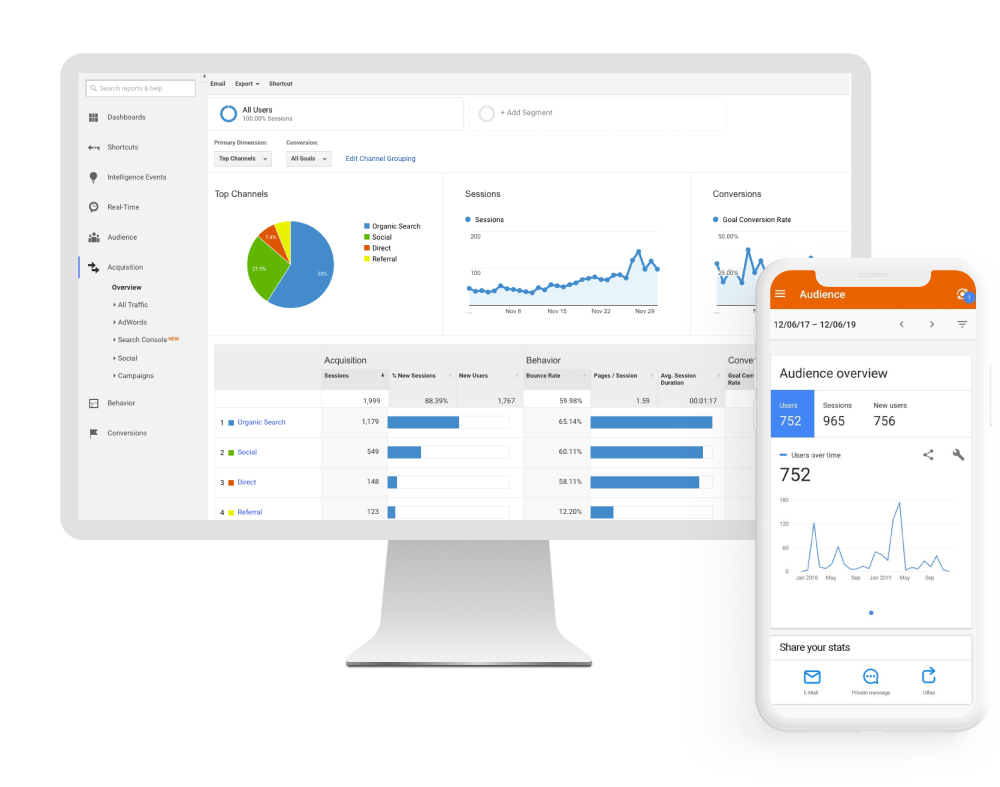 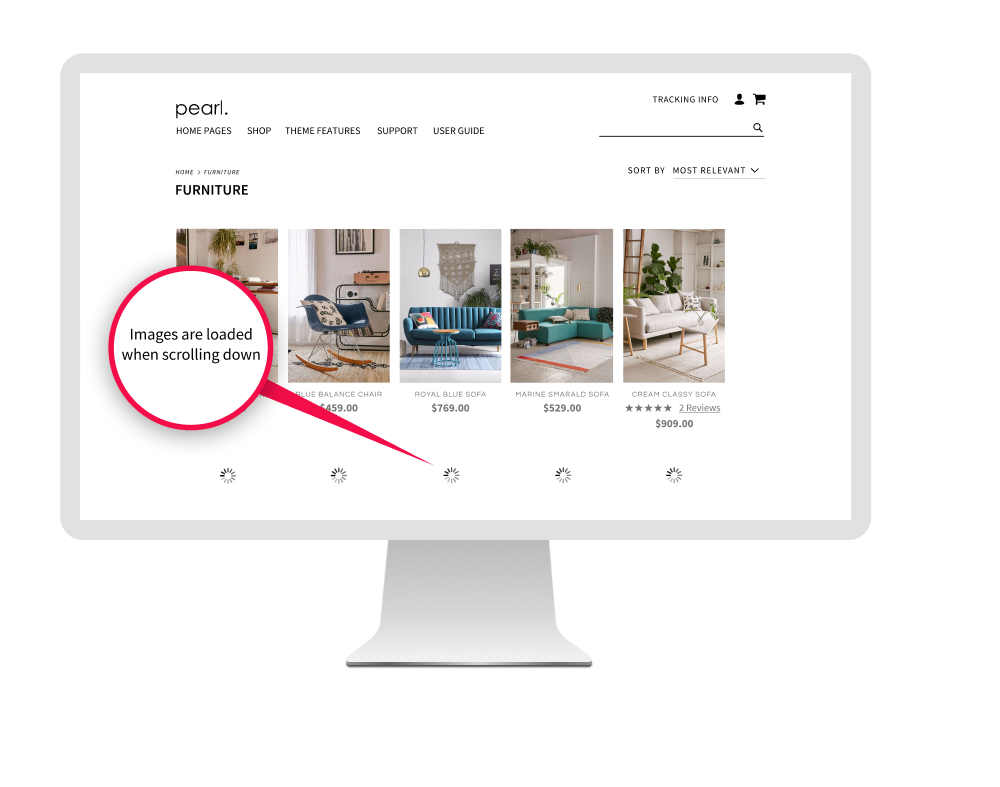 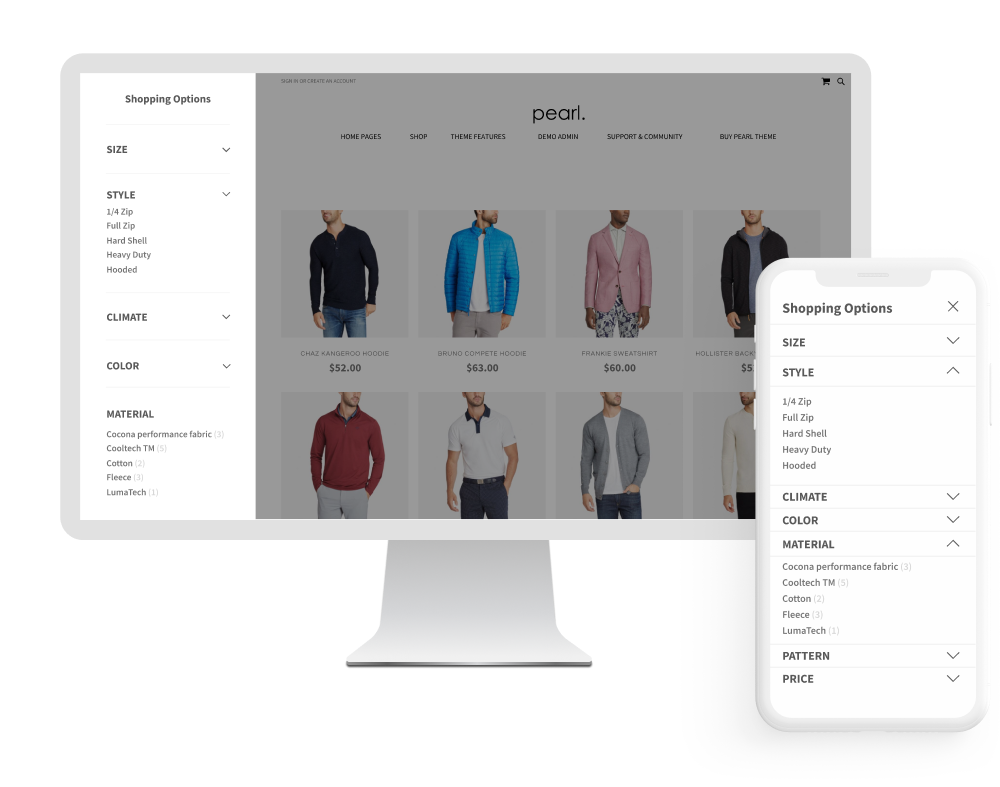 We packed it all up to offer the smoother UX for your customers and made sure that all extensions work smoothly together.

WHY IS THIS IMPORTANT, HOW DOES IT HELP?

One of the most important parts of building your online store is creating a website with the least amount of friction. Less friction = better user experience. Needless to say, this results in a higher conversion rate; generating higher revenue and increased customer lifetime value. Category pages and search result pages are the most visited sections of your ecommerce store. It is critical that these are user friendly. Helping customers explore more content and find what they’re looking for gives them longer, more satisfying browsing experiences.

You have the option to go with two major browsing behaviours, infinite scrolling (load more) and pagination. Each UX behaviour has its benefits and we often recommend testing what works best for your customers.

Infinite scroll is commonly used by social media websites such as Facebook, Instagram and Twitter. Your customers were educated to scroll down by the Social Media giants. This user experience works great for mobile devices, which can generate 70- 80% of the total traffic depending on your industry! Another benefit of using Infinite scroll is the dynamic auto loading of new products without refreshing the entire page. Your customers can simply scroll up to view and compare previous products.

Pagination is also very commonly used around ecommerce websites such as Amazon.com and REI.com. Pagination helps divide content into multiple pages. We load the next page by using Ajax technology - reducing friction by removing the need to reload the entire page. When a user reaches the bottom of a page and clicks to go from page #1 to page #5 we dynamically load page #5 content without refreshing the page and automatically scroll the user to the top. Pagination is also helpful for product curation. You can pick the best 50 products from a category to display on the first page. This gives you more control and optimizes the initial presentation to the customer.

The Magento 2 Infinite Scroll Extension doesn’t make you choose between complete auto load or lessening the friction of pagination. We offer the best of both worlds! With this Magento extension, you can select a custom number of pages to auto load then display the load more button. This allows you to quickly display the best products automatically, while cutting down on the initial load and increasing page speed. Your customers won’t get annoyed by never reaching the bottom and you get to display the best items of each category first. It’s a 'win! win! win!' solution.

When implementing this solution we also focused heavily on improving SEO. The solution closely follows Google’s Infinite Scroll implementation. It generates rel=next and rel=prev at the correct page in conjunction with the canonical tag.

Use Ajax Pagination for a classic display mode, with all the benefits of a smooth, modern Ajax experience which prevents the entire page from refreshing. Ajax Catalog functionality can be used on Category Pages and Search Pages.

Choose how many pages you want to display before the Load More button shows up on the Category Page. You can even change what the button says or choose not to display it at all!

Create an even smoother experience by pre-loading items that are not currently in the visible screen. You can choose the distance in pixels that you want products to pre-load from the bottom of the screen.

Use Ajax functionality on Search Pages.

How to Configure Ajax Infinite Scroll in Magento?

How to take Ajax Infinite Scroll to the Next Level in Magento?

How to Configure Ajax Next Page in Magento?

How to Optimize Ajax Next Page in Magento?