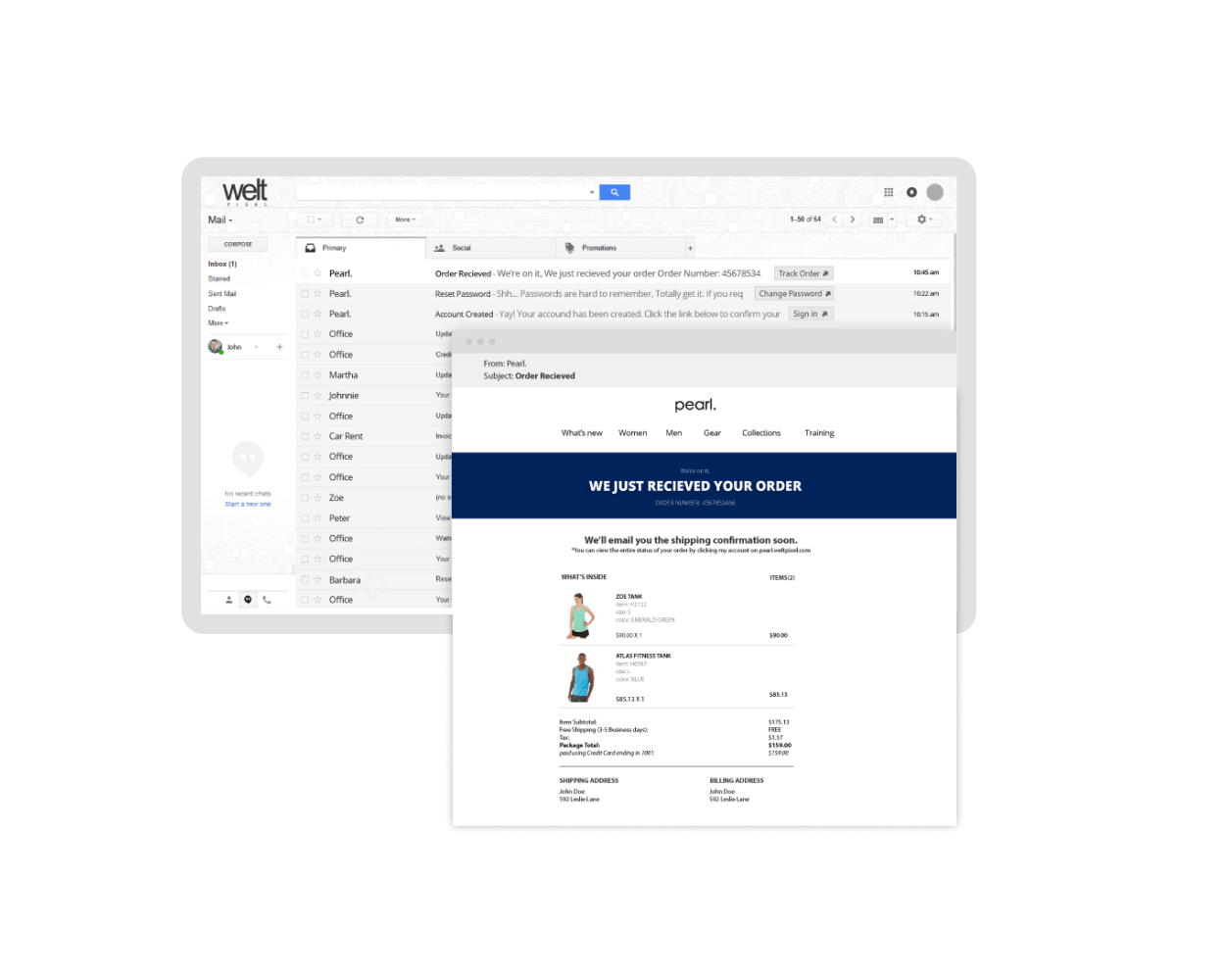 These emails should always reflect detailed information, instructions, links and should closely align with your brand massaging, design and personality.

Carefully crafted emails will differentiate yourself from your competitors. The information and the way you communicate will also generate trust in your brand and a high level of customer engagement. Highly informative emails will decrease customer requests regarding their orders or their account, resulting in lower demand on Customer Service and higher Customer Satisfaction Rate.

We took Magento Emails a step further by integrating it with Gmail Markups to further increase user engagement with the appropriate actions directly in their inbox or search results.

Gmail Markups help you highlight your emails with important information and increase user engagement with interactive buttons in Gmail Inbox.

Email with Markups will appear in Google Search Results when the user searches for information about their orders.

• Display relevant products in Email Templates as a Grid

• Email Template Editor for All Emails

How to Customize Magento Email Templates?

In order to configure your email templates there are a few steps to be completed, described in detail in below sections. A short summary of the steps:

If you have already set this up, you can skip this step, else, make sure that you have configured the correct email addresses. 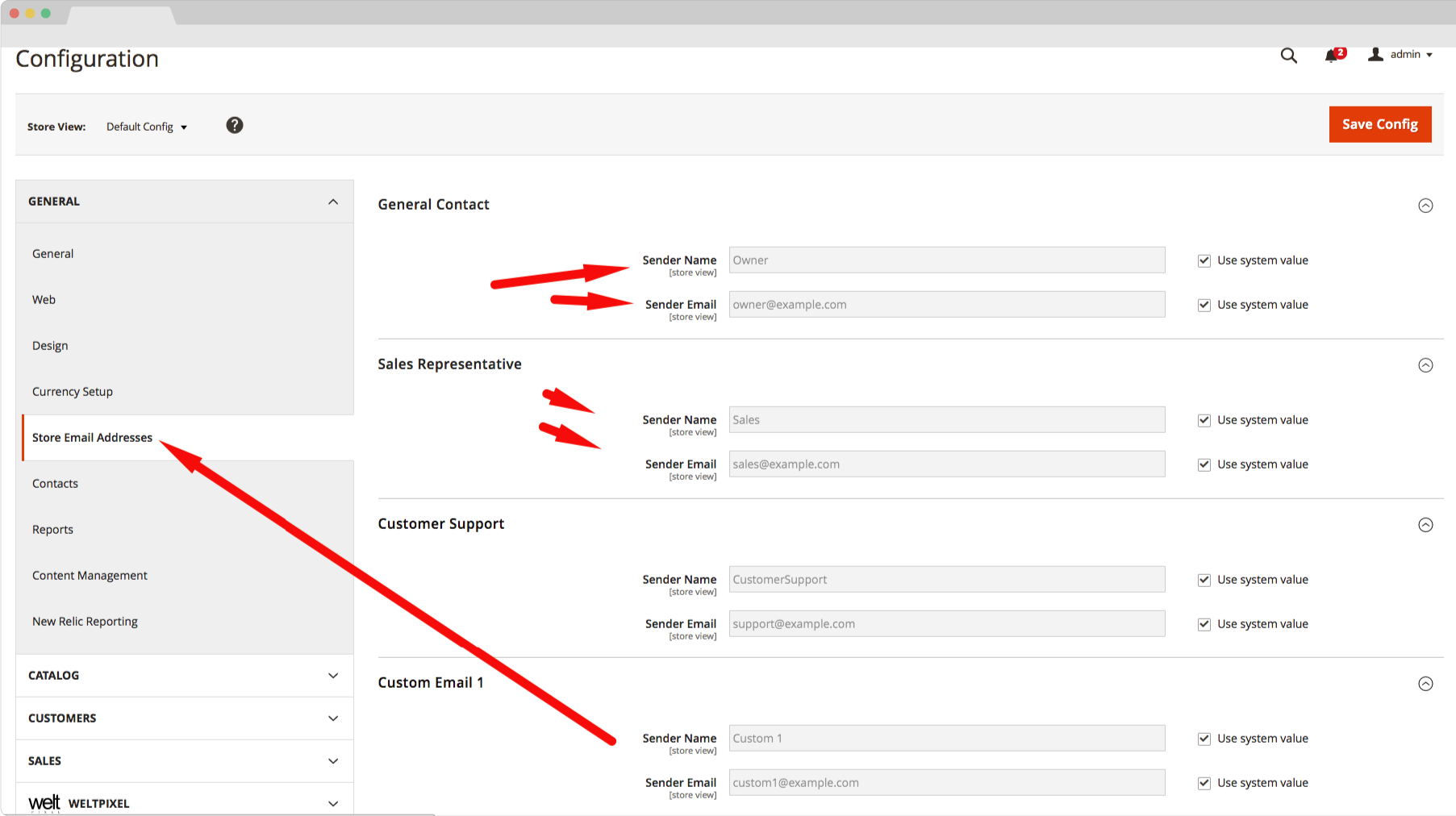 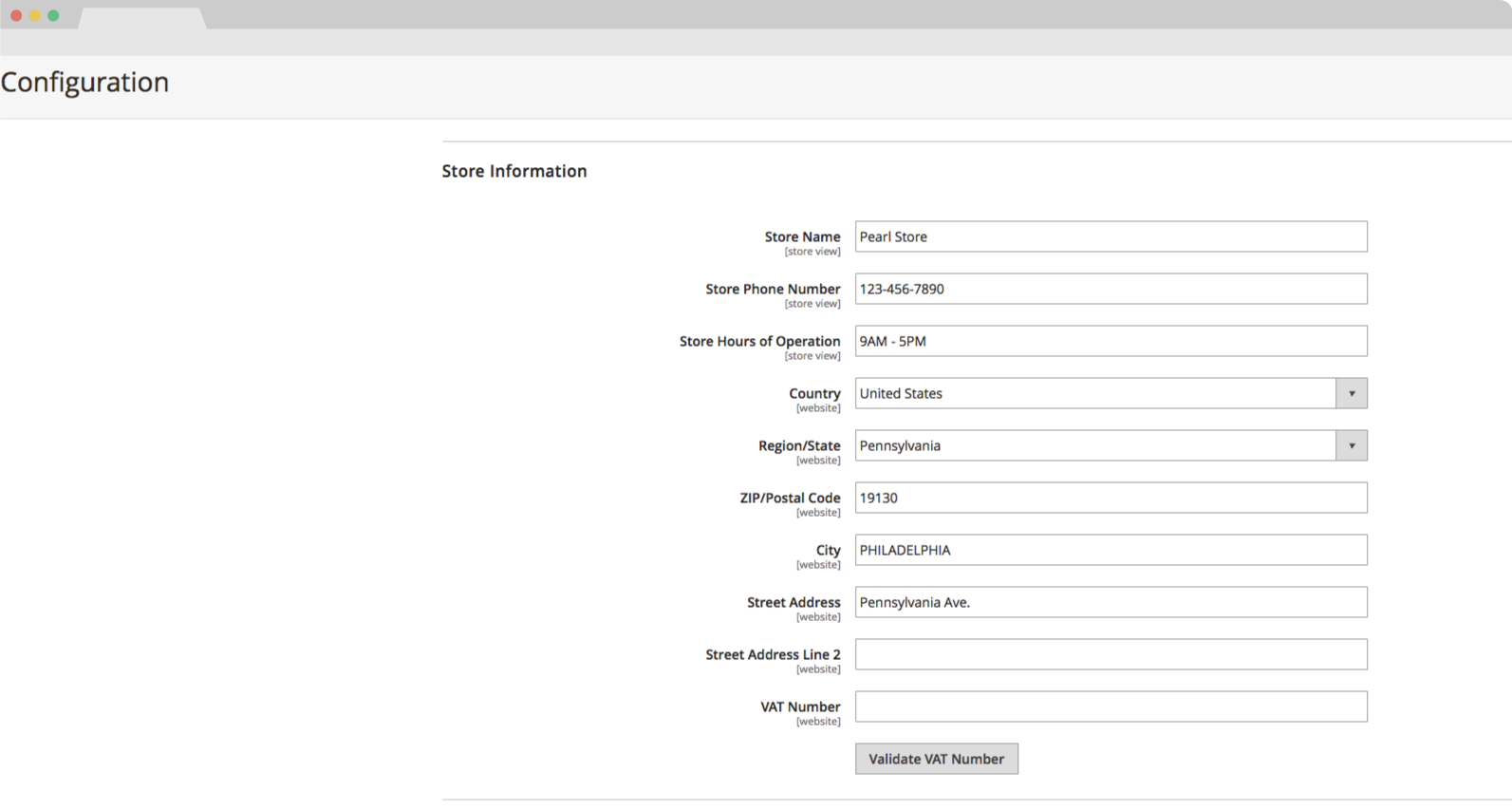 How to Edit Store Information for Magento Email Templates?

How to Enable the Enhanced Email Extension in Magento?

Here you will have the options to: 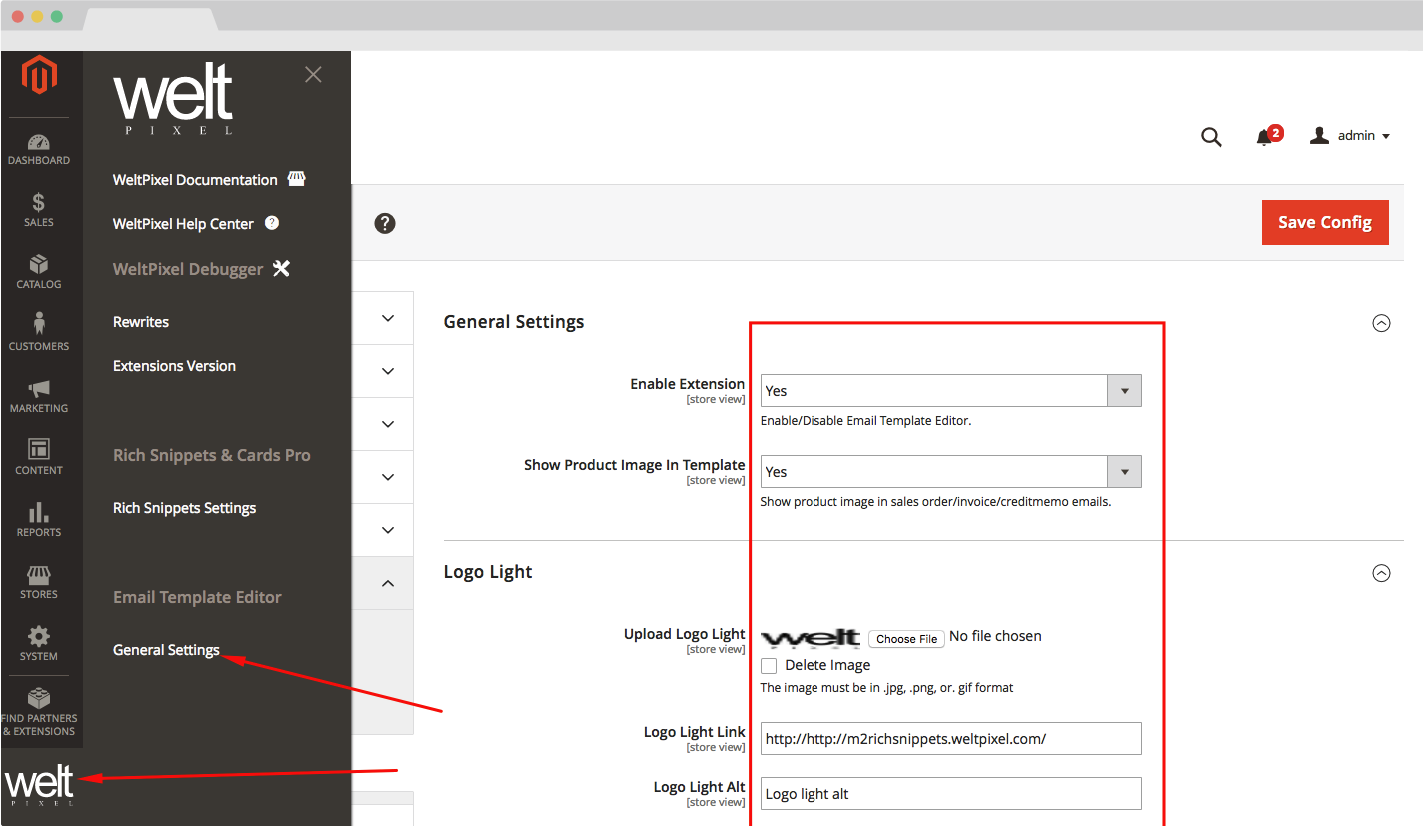 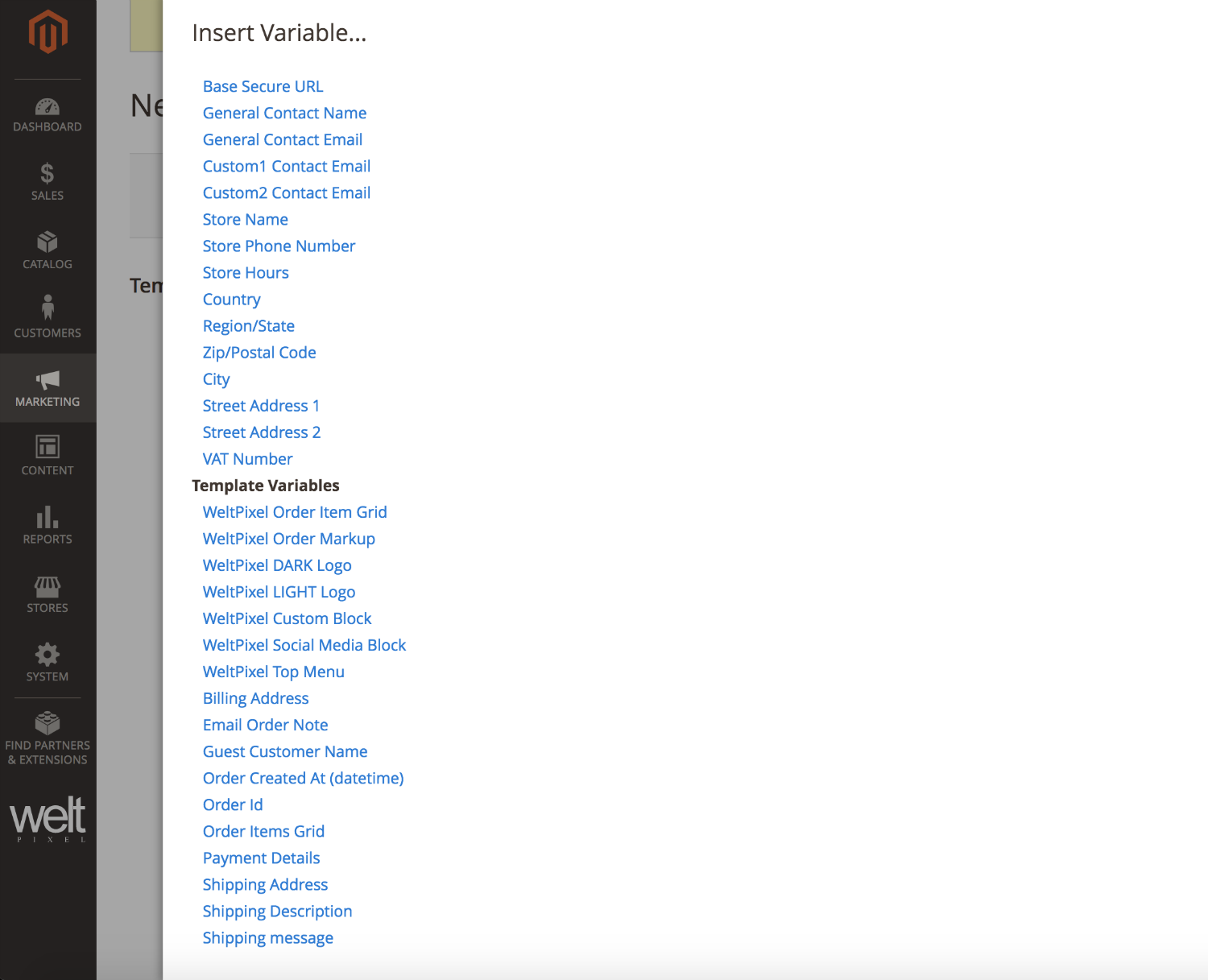 Google Font – you can set the primary font that loads to be a Google font and the fallback to be a websafe font.

Here are the email clients where Google Fonts is supported:

You can insert any other block into any email by using our variable:

How to Change, Preview, and Test Email Templates in Magento?

This is probably the best time to customize a bit your emails as well (stores owners often forget to do this step) and introduce a bit of language that aligns with your brand and personality. By default, the extension creates predefined templates that you can start using or customize per you needs.

In case you wish to create additional templates from sample WeltPixel email templates, you can find the default list by heading into Admin > Marketing > Email Templates > Add New Template and on the next screen, from the Load Default Template dropdown, select one of the available templates under WeltPixel_EnhancedEmail.

The first line of an email often shows up in the email clients such as Gmail. Making sure that this area is optimized for engagement is a Must if you want your emails to stand out! Don’t be shy! The catchier the better!

Adding a personal touch to each email, the design is important but even more is the way you communicate with your customers.

When you are ready, make sure that you test your emails! There is nothing more embarrassing then sending out bad looking emails.

Getting started with the header and footer might be the best place to start. Simply load the templates from under the WeltPixel section. For the Header and Footer you should just simply customize them (if needed) and save them with a unique name. No need to add first liner or anything else. Those elements are specific for each email.

By default the Gmail markups are already added to all weltpixel templates. However if you have your own templates and you just want to add the Gmail Markups to them we got you covered! Simply go to any transactional email and click on the Insert Variable button. Based on each email type, you will have the option to add the appropriate markup. If you do not see a markup named for example: “WeltPixel ….. Markup” for the email template that you have, that means that Gmail will not support it.

Gmail Markup approval process is described in the SUBMIT TO GMAIL section, at a later step.

How to Assign Templates to Each Email in Magento?

Now that you have finalized your Header, Footer and each Template, it’s the time to assign the correct email template to the communication.

Header and Footer These can be defined by storeview: 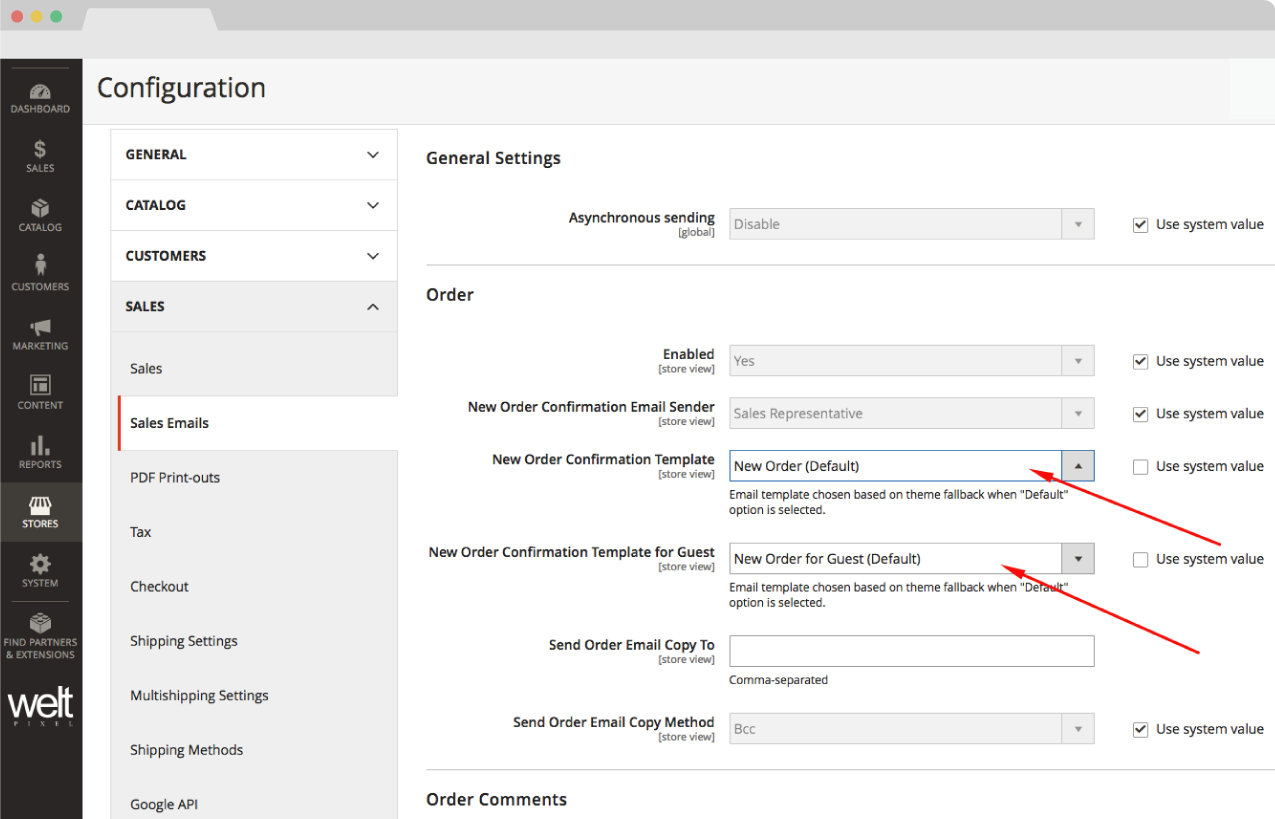 How to Edit Magento Transactional Emails?

In this section you will be able to setup the following emails for your customers and guests:

How to Set Up Magento Newsletter Emails? 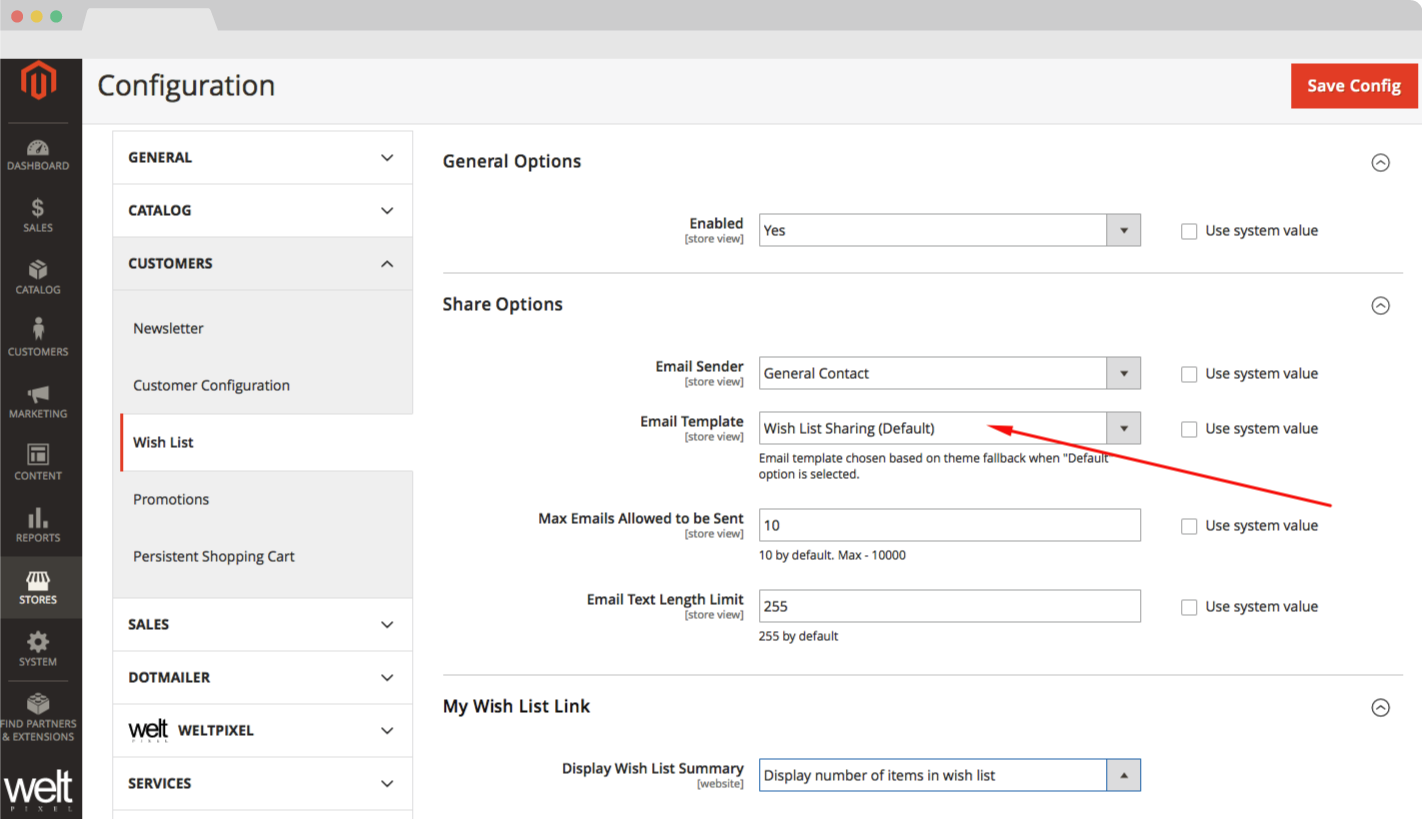 How to Configure Magento Whishlists?

If your Wish List functionality is enabled then you can set the template below:

How to Set Up Magento Customer Emails?

Here you will be able to setup the Welcome and Forgot Password related emails. 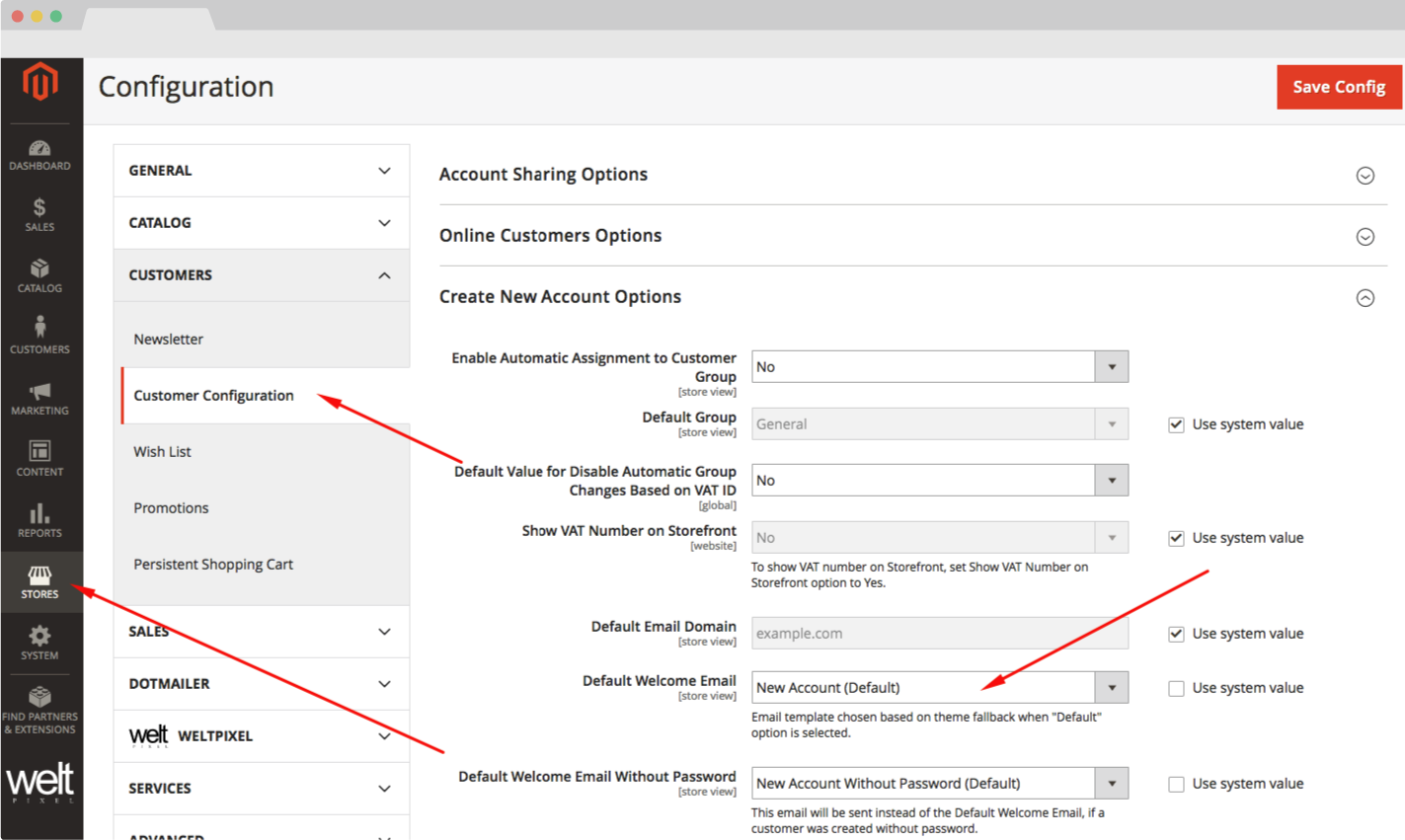 How to Submit to Gmail?

You will need to register your email address with Google in order for the Gmail Markup to show.

WeltPixel is not responsible for your account Approval or Denial.

Configure the options as you like and Save the Config 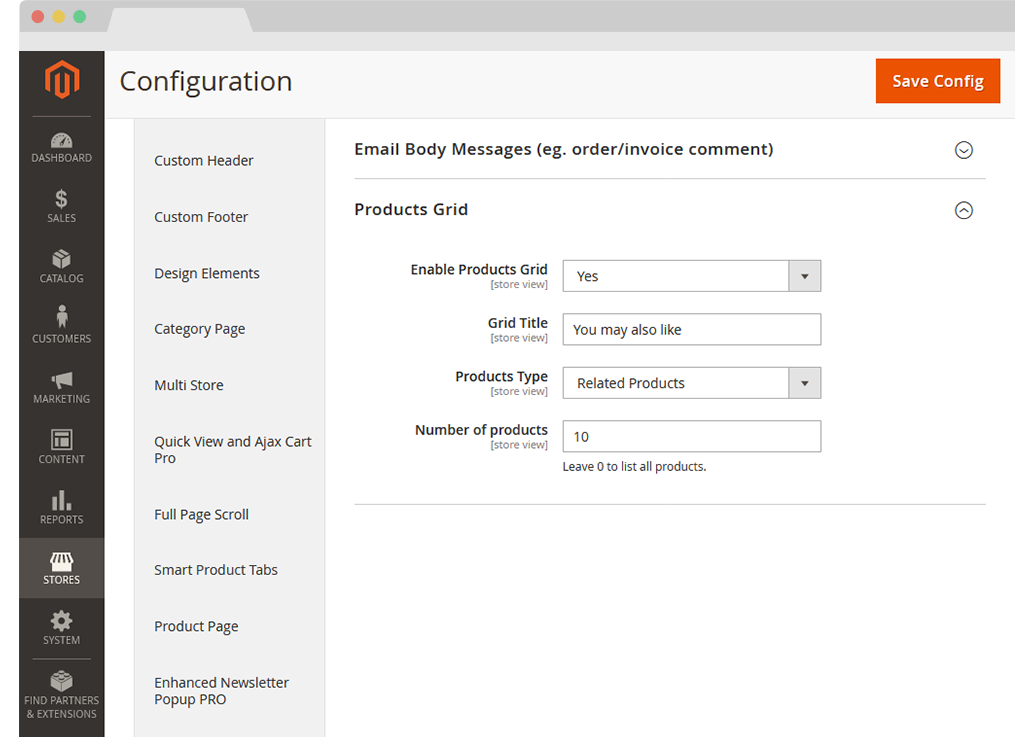 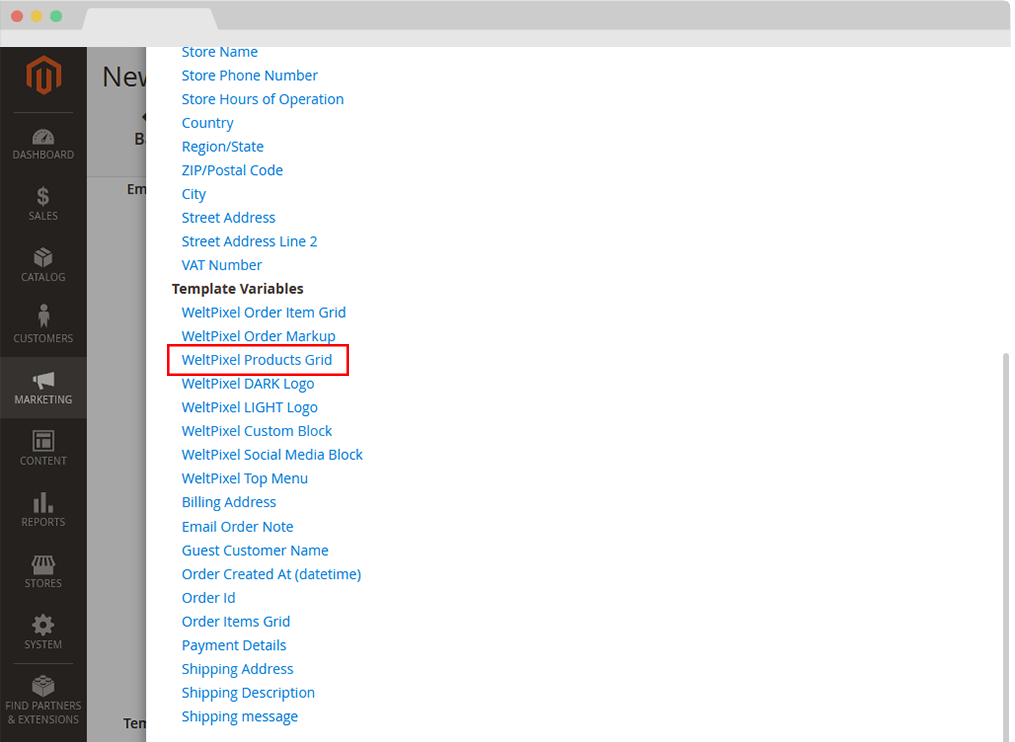 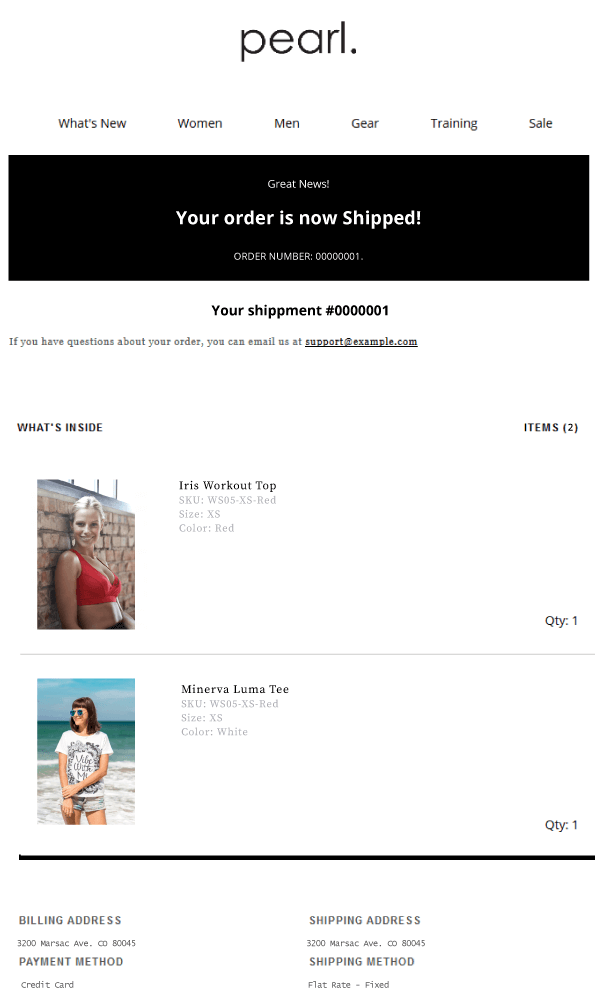 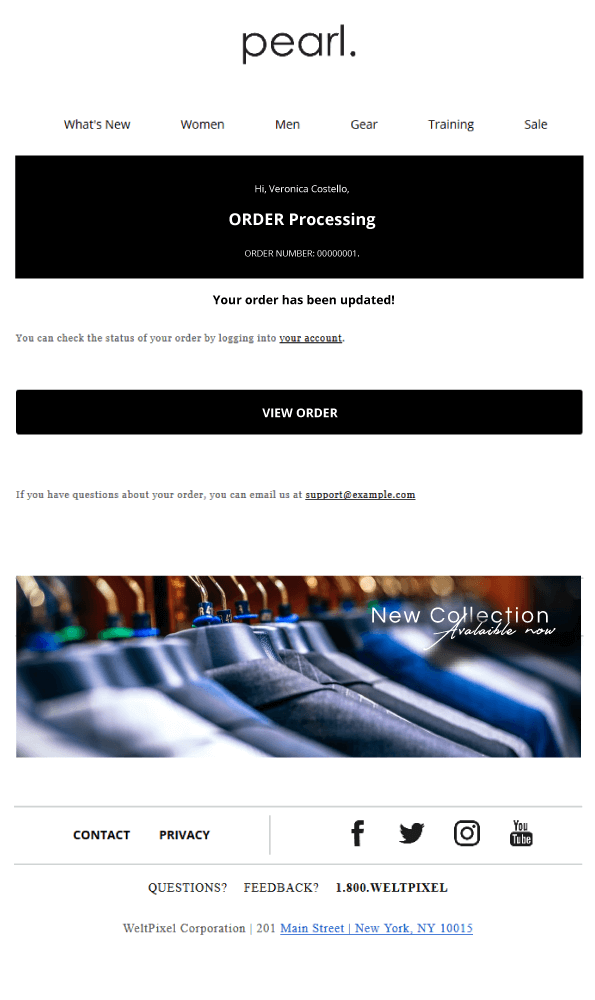 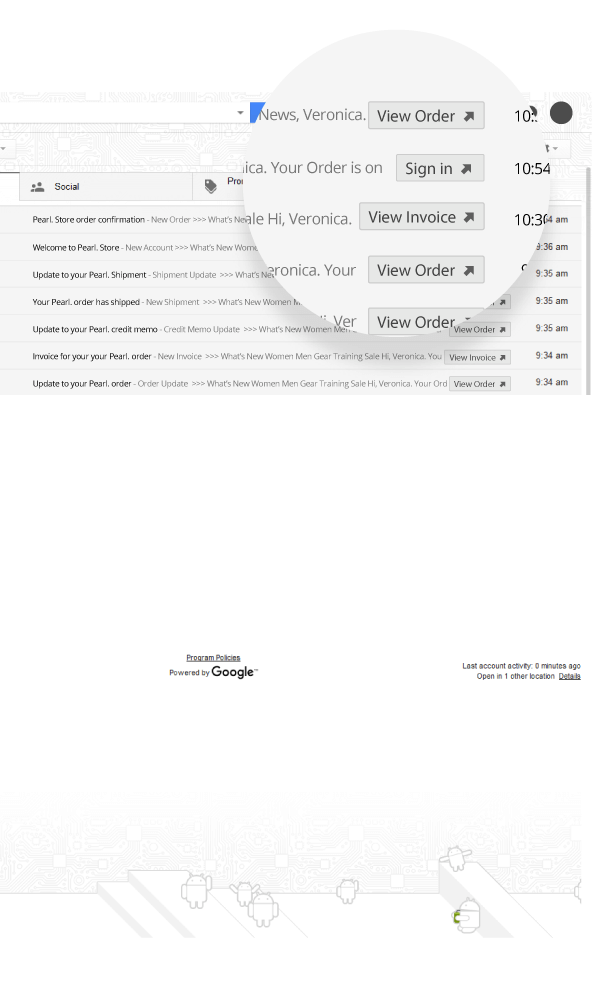 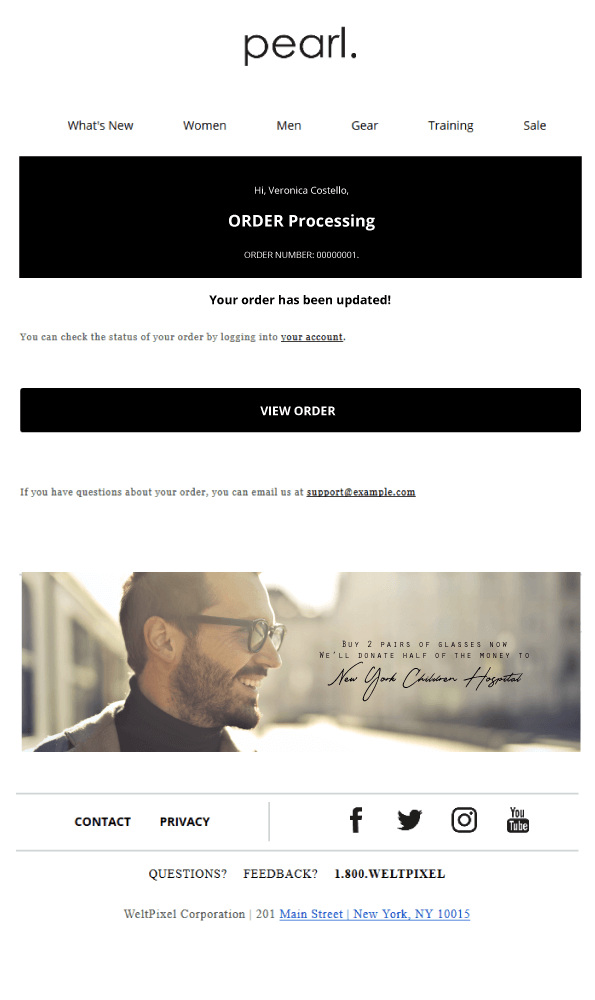 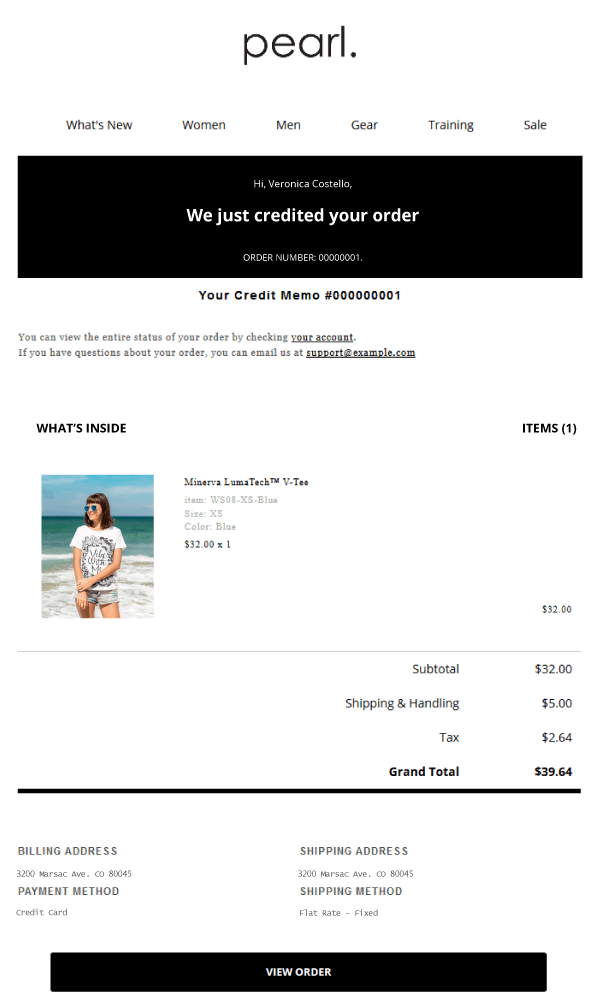 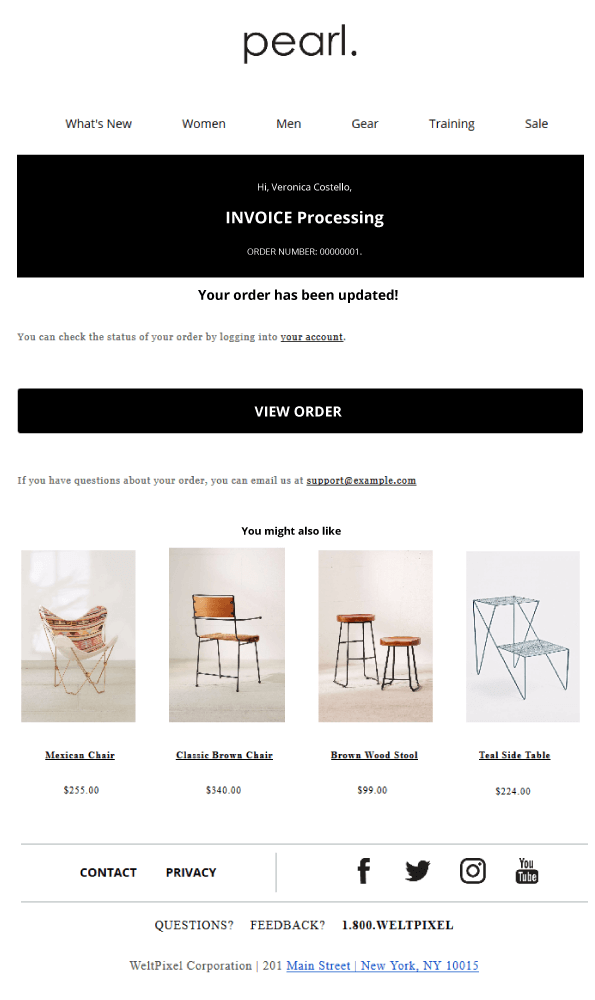 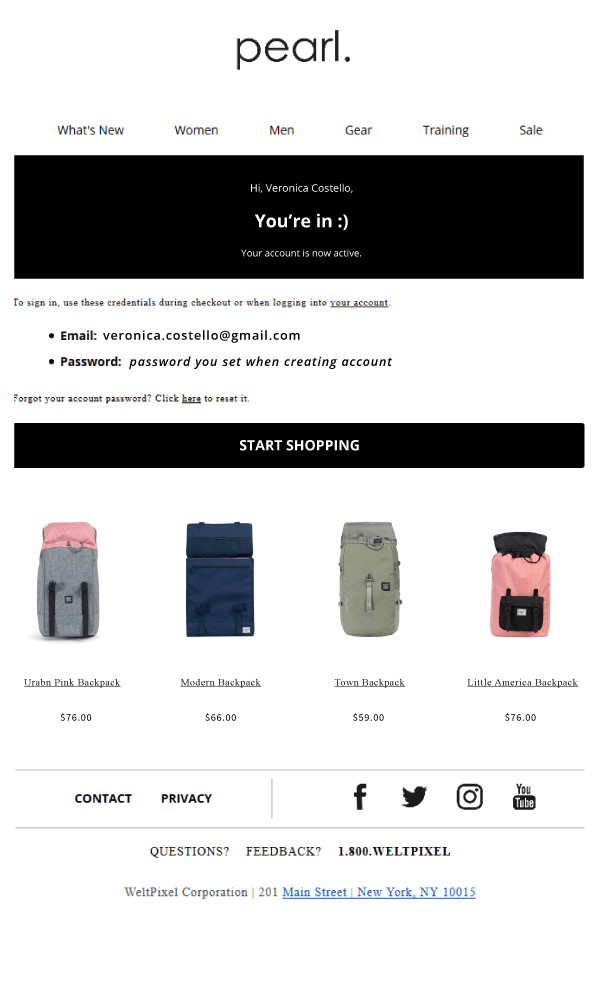 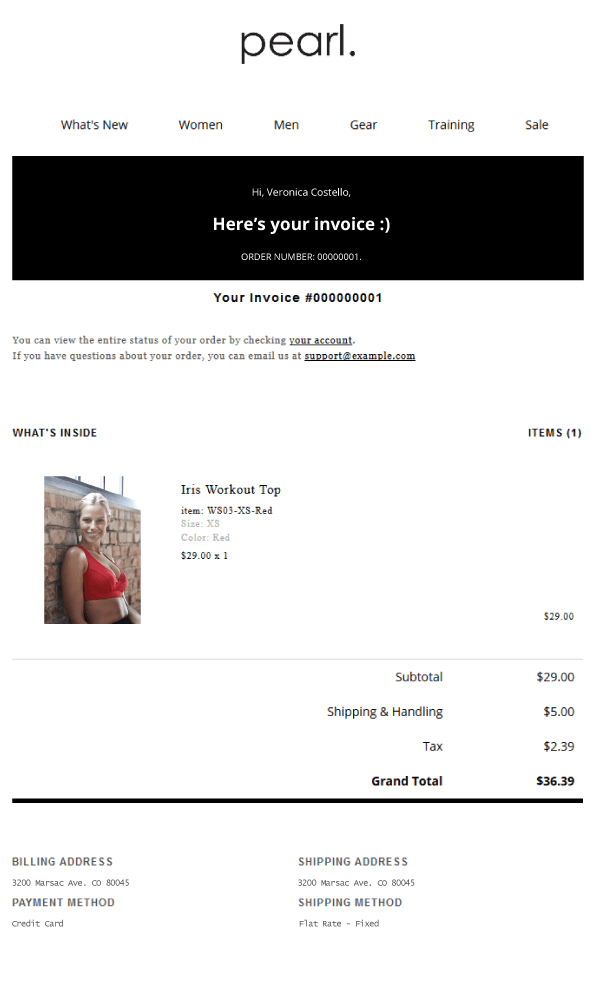