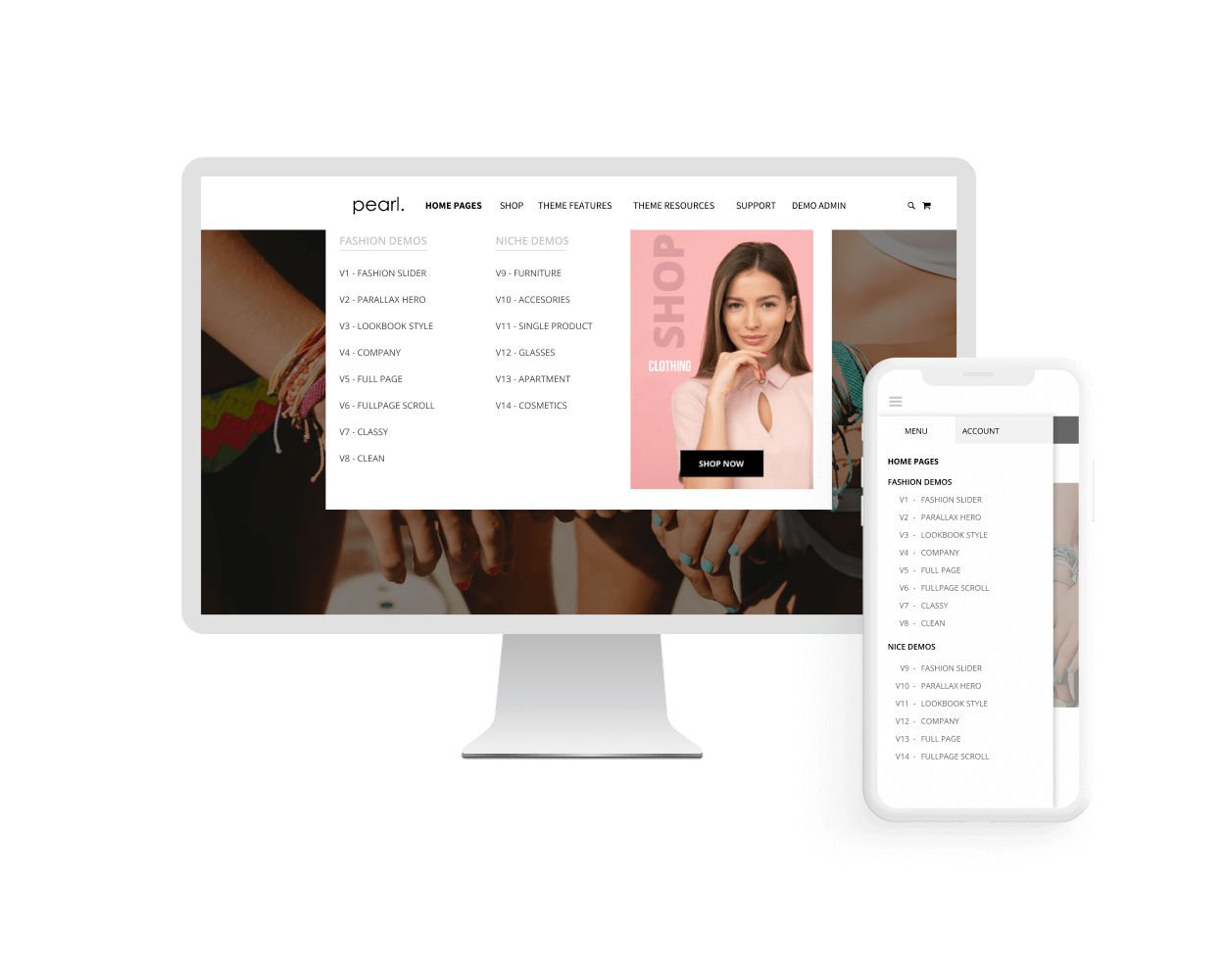 Get it NOW while still at discounted price!

Efficient menu navigation is a must for any online store. With the WeltPixel Mega Menu Extension for Magento 2, you can organize and structure your menu in a simple and effective way to make sure your customers can find all the categories they're looking for. Apart from this, you can add custom blocks to various sections of the menu, allowing you to display promos and other relevant content where it matters most!

ABOUT THE MAGENTO 2 MEGA MENU EXTENSION.

This menu extension will let customers navigate and explore your store easily.

Store owners can assign a custom menu view for each individual category. This allows full control on how to highlight the subcategories and featured products within. You can choose from: Boxed, Sectioned, Full Width, or Default Magento view. From within Admin you can set many custom options to efficiently organize your subcategories. Column width can be adjusted for each individual category and so can the number of columns in a dropdown menu. You know how your customers want to see products, now your menu styles can keep up with your vision!

Improve your menu layout today. The Magento Mega Menu responsive Extension is easy to set up - without technical skills!

Sure WeltPixel’s Mega Menu includes a great design - but that’s not all. It has powerful functionalities such as: the ability to open menu links in new tabs, disable category links, and even overwrite category links with other internal or external links. Store owners can now add Magento 2 menu links to external pages such as support platforms. Menu links can also be added to internal pages like the “About Us” or “Contact Us.”

Putting important items in the spotlight isn't worth much if you don't place the spotlight well. With the Mega Menu extension, you have a variety of choices of where you can display your blocks, so you can place the perfect content in the perfect location.

Newsflash, columns are in again!

Some of your categories may have a lot of subcategories, some may not. We've got you covered! The different Menu Display Options the extension comes with assures you can present your subcategories in an ordered and space-efficient matter. You can even configure the number of columns you want to show! Isn't that neat?!

Who says you need to use categories?

Sometimes you just want to link a normal page into your Navigation. Magento doesn't really want to let you do that, but we do! Our extension comes with the possibility of using Custom Links, so you can take your precious About Us page out of the footer and place it into the main navigation.

How to Set Up the Mega Menu Extension.

How to Select a Category for Magento Mega Menu?

How to Configure the Mega Menu in Magento?

How to Set Custom Links for Categories in Magento?

If you are using the option to add custom links in the Mega Menu we recommend to also use Google XML Sitemap Extension and exclude categories from sitemap that are only used for menu links and are not real categories. Applicability: You may want to add a category that links to an external website, directly to a product page, etc..

How to Set Mobile Menu Breakpoint in Magento?

Case 1: You may need the mobile menu to kick in at a higher resolution than default magento 768px. There are mobile devices and small laptops with resolution between 800-1200px where your desktop menu may look crowded on small devices. By setting a higher breakpoint for mobile menu you will be able cover this cases elegantly.

Case 2: Some website designs use mobile menu for both mobile and desktop. You will be able to achieve this easily by setting a breakpoint that will never be reached by your users ex 8000[px], so mobile menu will show permanently.