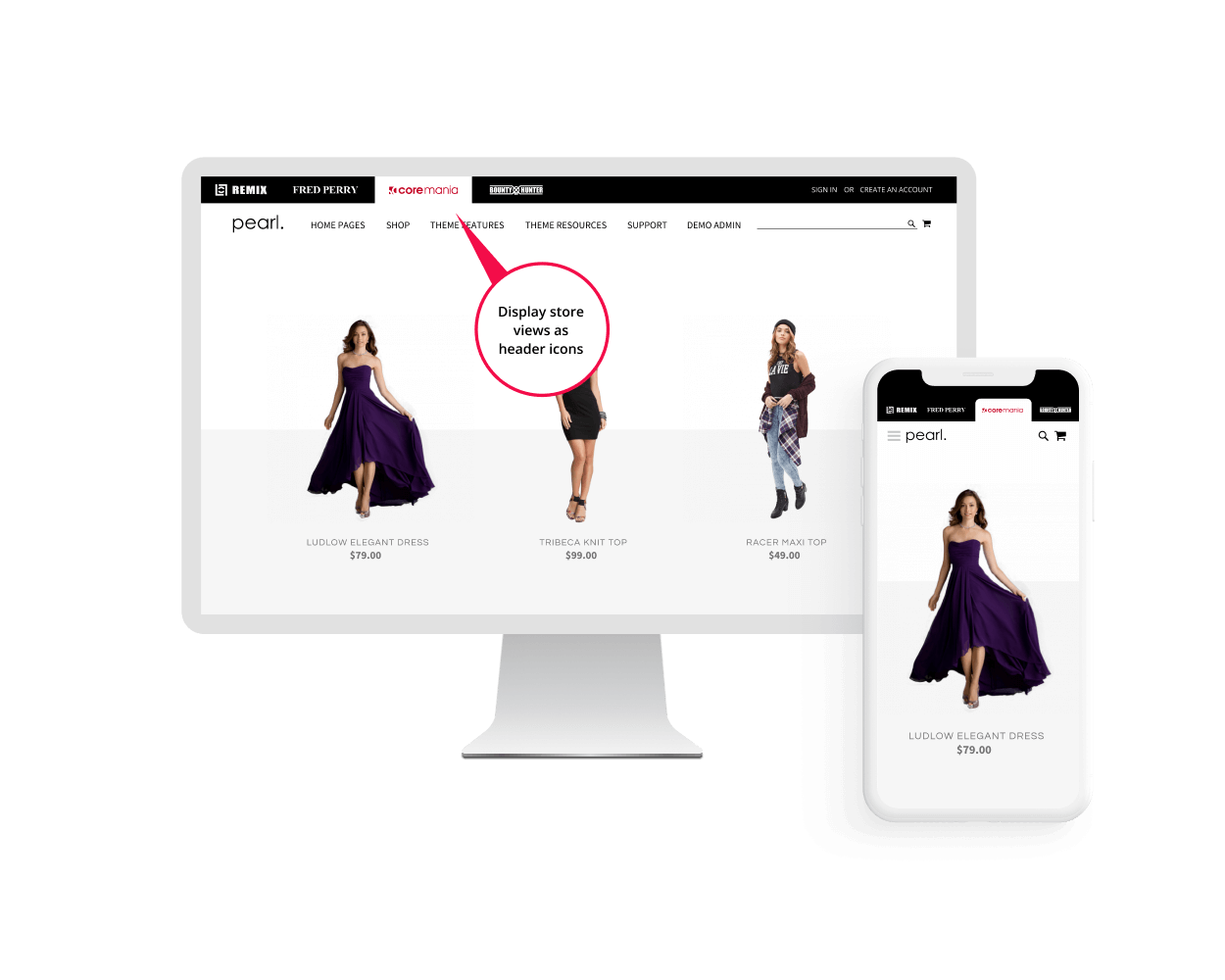 The Magento 2 Multi-Store module allows you to show different brands or languages in the header of your store, while offering the possibility to navigate between these store-views.

This flexible solution enables the merchant to display the store-view brands or languages in the header of each store. This offers the end user an omnichannel experience while purchasing on the website. The end user will be able to purchase from any store-view and checkout with the same account.

With this extension you can have multiple store-views, share cart, user sessions, payment gateways, and so on. Separate catalog structures and page presentation makes the user aware that you are selling under multiple languages or brands.

You don't have to start from scratch with your new brand! Take advantage of the popularity of your main brand and add the rest to the header of your store. For example, one domain web site - www.zara.com - with multiple brands: Zara , Zara Kids, Zara Home.

FEATURES OF THE EXTENSION.

“I need the ability to have different store views for different brands within the same Magento installation. I want each brand displayed across all store views so that the customer can surf between each shop. Can this extension achieve that?”

Yes, this extension allows you to do that. You can configure the brand image for each store, and it will show on all stores in the header. This allows the customer to scroll between your brands and have access to different products while keeping an omnichannel experience.

"An omnichannel experience is very important to me. Can I give my customers the ability to checkout with the same account while purchasing from all store views?"

How to Set Up Multiple Stores in Magento?